Designed to Endure forever and we are the world and children

Some people find it difficult to express their positive feelings. If they are grateful, they hesitate to express it. 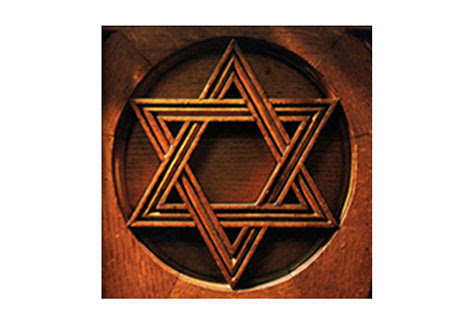 Authors' Note: The following is adapted from the message I recently delivered on the occasion of my grandson Eliam's aufruf a few days before his wedding.

Ask a typical Jewish person about the most epoch-making document in Jewish history and he or she is likely to react with a puzzled expression.

Sensing the befuddlement, you drop some hints.

"You know, it's a document much older than the British, French, and American documents. It's also much shorter than any of them. In 172 words the Jews got not only their first proclamation of rights but a proclamation of universal rights and obligations binding upon the entire human race. There isn't a religion or culture or civilization that hasn't incorporated most of its principles into its fundamental laws, from recognizing the need of a day of rest and the reverence due one's parents to forbidding murder and adultery, theft and false testimony."

Yes, close to 4,000 years ago the Jewish people, freed of the yoke of enslavement in Egypt, were on their way to the Land of their Fathers when they stopped at Mount Sinai and had an experience unparalleled in human history.

God stretched out His hands to the people assembled at the mountain, and the people raised themselves on their toes reaching up to God. Their hands locked – and have remained locked ever since.

Our sages recognized that the Decalogue – as the Ten Commandments are called by the nations – was meant not only for Israel but for all mankind.

Our tradition tells us that God turned to nation after nation with the offer of the Decalogue. But the nations refused under various pretexts. One depended too much on war and murder, another on theft, etc. They did not see how they could abide by these laws. Israel was the only one ready to try.

We are further told by our rabbis that the Divine Voice transmitting the Commandments entered the world in seventy languages, as per the number of nations in the world at the time. Evidently, only Israel was attuned to the message.

According to Rabbi Abahu, in order to make it feasible for the nations to listen, birds did not chirp or fly and seas did not make waves when the Almighty presented the Torah; the world was totally still, completely tuned in, but man evidently was not – with the exception of Israel.

And this may well be why the people of Israel were fated to be hounded from pillar to post, persecuted without respite, treated as outcasts, and – despite their phenomenal contributions to the welfare of mankind – hated bitterly and without any letup.

As years turned into decades, decades into centuries, and centuries into millennia, that initial hatred became almost an integral element of mankind's DNA. No longer did the world need a cause to hate us. Our very existence was sufficient cause to arouse the worst animal instinct in our fellow man.

Our sages ask, Why is God's mountain called Sinai? Because hatred (in Hebrew, sin'a) was born there – hatred directed at a nation that refuses to die despite the seemingly universal conviction that we deserve just such a fate.

We gave the world a conscience – and the world hates us for it.

The nations will use every possible excuse to hound us and humiliate us, to weaken our physical and moral fiber, even to lure the weak and vacillating in our midst to join them and testify against their own brothers and sisters. (Sadly, we have always had among us those who are so anxious to prove themselves open-minded citizens of the world that they openly sympathize with the enemies of our people.)

Often overwhelmed by momentary despair, wondering how we will make it to the next year, the next month, even the next day, surrounded by an unforgiving world that manages to blame us for whatever evil or misfortune befalls men, we emerge mi'ma'amakim – from the depths. We take a deep breath and forge ahead, as we've done since Sinai.

Despite our woes, despite our doubts, we trust that we will see, as we've seen throughout the ages, the Arm of Providence carrying us forward, as promised by our Torah.

Va'esa etchem al kanfe nesharim – on eagle's wings will I carry you, My Children, into a bright future. Indeed, when the proud empires and giant powers of today shall be but ruins and dust, you shall continue to be My am segulah, My treasured portion.

As long as the stars continue to twinkle in the darkness of night, as long as the sun continues to rise and shine upon this earth, My hounded people shall forge ahead, heads held high, into a bright tomorrow – le'olamei olamim, destined to endure forever.

About the Author: Dr. Ervin Birnbaum is founder and director of Shearim Netanya, the first outreach program to Russian immigrants in Israel. He has taught at City University of New York, Haifa University, and the University of Moscow; served as national superintendent of education of Youth Aliyah and as the first national superintendent of education for the Institute of Jewish Studies; and, at the request of David Ben-Gurion, founded and directed the English Language College Preparatory School at Midreshet Sde Boker

or http://www.yehudalave.com/
Posted by Rabbi Yehuda Lave at 10:03 AM