Years of guilt feelings over a specific matter can sometimes be overcome in a surprisingly short time if a person adopts a different perspective in viewing the matter. Frequently, people blame themselves unnecessarily. If you have irrational guilt feelings, give yourself a speech why you need not blame yourself. Take a piece of paper and write a list of ways to judge yourself favorably. Be careful not to do this with matters you should really try to correct. We are referring only to irrational guilt feelings, not to situations where a person wants to rationalize his failure to make difficult, but necessary, changes.

If you find it difficult to judge yourself favorably, ask yourself, "How could I judge someone else favorably in this matter." Guilt-ridden people often find it easier to excuse others than to excuse themselves and this can be utilized as a tool for lessening their own blaming thoughts

That being said, one is supposed to learn from each situation of pain.


Moishe and his teenage son Michael were having another heated conversation. "You just don't understand me, Dad," Michael cried, "I need excitement, adventure, money. I'll never find it here at home, so I'm leaving. Don't try to stop me!"

With that, Michael headed toward the door. Moishe stood up and followed close behind.

"Who's trying to stop you?" replied Moishe. "If you wait a minute for me to get my keys, I'm coming with you."

Aliyah to Har HaBayit/Ascending the Temple Mount: Can Rabbis be Wrong?

Bli neder I intend to write more about the כנס צהר Tzohar Conference I recently attended , but for now I'll just mention one of the most explosive exchanges I witnessed there. I went to the panel discussion about ascending the Temple Mount.

Despite the obvious mutual admiration between Yehuda Glick and Rav Yoel Bin-Nun, they disagree on the importance of Jews ascending Har HaBayit.

As is very well-known, Yehuda Glick is one of the leaders of those of us who believe that it's of the utmost importance, and permitted by Jewish Law, for Jews to enter the Temple Mount. Not long ago, he was almost killed by an Arab terrorist who shot him, using the excuse that Glick promoted Jewish presence on that Holy Place. It is a very large miracle that Glick is alive today. And as Glick mentioned yesterday, it was also a great miracle that in 1967, two million Israelis 2,000,000 succeeded in defeating two hundred million 200,000,000 Muslims.  Please remember that the war aim of Egypt, Syria and Jordan was the destruction of the State of Israel. And not only did we survive and were victorious but we liberated the holiest and most important places in the Jewish Homeland.

Yehuda Glick brought up the terrible situation in which Torah observant (aka Orthodox and Chareidi) rabbis have participated in the conspiracy to brainwash the Jewish People into believing that the Kotel hamaaravi, the Western Wall is the holiest place for the Jewish People, and that the Temple Mount is holiest for Islam.

IDF soldiers are now brought up to tour the Temple Mount and are only shown it from a Muslim perspective.

At the end of the program, one of the audience asked Glick how it could be that he is accusing prominent rabbis, including Rav Tzvi Yehuda Kook, ZaTza"L, of being wrong.

And Glick answered exactly the way my mind was going. He reminded the audience of how many of the great European rabbis prior to World War Two, when the Nazis were taking over, had told their congregations to stay put. And before then, with the beginning of the Zionist movement, most rabbis had declared it evil and told their followers not to join. Glick also brought up an important point, that the earlier Rav Kook, ZaTza"L, had been in the minority among rabbis and had been condemned for his stands re:Zionism and the Land of Israel. Davka, Tzohar follows the Jewish teachings of Rav Kook, so they shouldn't be afraid to be in the minority.

Considering that the main rationale of those rabbis who forbid ascending the Temple Mount is that one may accidentally enter areas of the Kodesh Kodeshim, Holy of Holies, I must say that my biggest surprise when I ascended the Temple Mount was to discover how enormous it it and how small a section is forbidden even by the most stringent measurements.

About the Author: Batya Medad blogs at Shiloh Musings.

The author's opinion does not necessarily reflect the opinion of The Jewish Press. 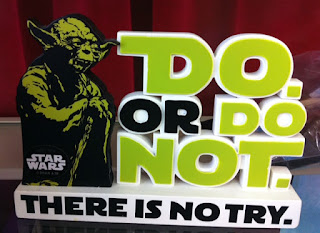 or http://www.yehudalave.com/
Posted by Rabbi Yehuda Lave at 1:39 PM