As simple as it sounds, we all must try to be the best person we can: by making the best choices, by making the most of the talents we've been given.

Choose the life that is most useful, and habit will make it the most agreeable.

Choose your love, Love your choice.

Thomas S. Monson
Thomas Spencer Monson is an American religious leader and author, and the 16th and current President of The Church of Jesus Christ of Latter-day Saints (LDS Church).

Jerry Garcia
Jerome John "Jerry" Garcia was an American musician best known for his lead guitar work, singing and songwriting with the band, the Grateful Dead.

Everything can be taken away from a man but one thing: the last of the human freedom -- to choose one's attitude in any given set of circumstances, to choose one's own way.

Viktor E. Frankl
Viktor Emil Frankl M.D., Ph.D. was an Austrian neurologist and psychiatrist as well as a Holocaust survivor. Frankl was one of the key figures in existential therapy and a prominent source of inspiration for humanistic psychologists

He who chooses the beginning of a road chooses the place it leads to. It is the means that determine the end.

I have set before you life and death, blessing and cursing: Therefore choose life. [Deuteronomy 30:19]

If there are things you don't like in the world you grew up in, make your own life different.

If you choose not to decide, you still have made a choice.

Neil Peart
Neil Ellwood Peart is a Canadian musician and author. He is the drummer for the rock band Rush.

Not long ago I heard of a couple who were calling it quits and getting a divorce. They are not youngsters and have been married for many years. The gentleman explained to me that it was not over anything dramatic such as an affair or significant change in finances, but simply that they "had grown apart."

It always saddens me when I hear this because I feel it could have very easily been avoided. I am sure there were many things I am unaware of that went on in the privacy of his marriage, and while I understand that each relationship is unique, there are nevertheless certain truths and rules of relationships that breed success, or lack thereof as the case may be.

"Growing apart" is a slow and insidious process that many couples are not even aware of happening to them before it is too late. It goes kinda like this:

When a couple first meet they are very excited about one another. There is energy and discovery in the relationship and they spend tons of time together getting to know one another. The courtship process continues this way until the big day, the wedding, and then some. The first years are hopeful, energetic, dynamic and bursting with excitement.

But as the years go by and the young couple settles into a certain routine, new events enter and creep into their lives. There is making a living, a child or two or three show up; they have their interests, some shared, most not. The job(s) have their demands, kids get older; there is carpool, homework, after school activities. They look for and buy a home and that too has many demands of time, energy and effort. Not only is there mortgage, but new furnishings, fixing old ones, a sprinkler system that always seems to be on the blink, redoing the bathroom, getting rid of the old smelly carpet and "shall we choose laminated wood, engineered wood or solid; how about bamboo, I hear it is eco-friendly?"

And so the older the couple gets, the more stuff happens in their lives that demand their time and attention. And while all of these issues are certainly important, the couple finds that they no longer have time and energy for each other. Their relationship gets relegated to the back-burner because there are so many imminent and important things to take care of. And lo and behold, before they know it, not only is that spark from their dating days long dead, there is very little sharing happening between them. They gradually become estranged from each other.

If this couple who are now in their 20th year of marriage would go back in time and revisit those days of early courtship, they would find something fascinating. They would see that when they told their friends that they had "just met the greatest guy/gal in the world," they didn't describe him/her like this: "He is so terrific, he is going to make every mortgage payment on time and not only that, but every car payment too!... and for two cars!... and both cars will be luxury vehicles!!" He certainly did not tell his friends, "She's the best... she is going to be so good at car pooling and making sure the house is clean and orderly and I just know that she is going to find the best pediatrician for our kids once we have some!!"

If you don't fight for your relationship, then like every other thing that is neglected, it wilts and it dies.

But people forget that and lose sight of it because when they first dated it came naturally and effortlessly. But once real life happened and there was more on the table, they forget that they now have to make much more of an effort to be with one another. They didn't shift gears to realize they have to fight for their time to be intimate - and I don't just mean physically (although that too). They never told their kids, "No, it's Daddy and Mommy's time" and didn't do the same to their jobs, their blackberrys, their computers and every other important obligation that seemed more pressing than each other.

Because if you don't fight for your relationship, if you don't nurture it, if you fail to constantly monitor it, then like every other thing that iblockquotes neglected, it wilts and it dies. Maybe not the first day or week or month or year, but eventually it will ... ever so slowly.

A couple "grows apart" because they failed to put in the necessary care and time to ensure that they grow together and toward each other. And while every couple is guilty of this on some level, those who have an awareness of its danger have a chance at ensuring it doesn't harm their relationship beyond repair.

So put down your iPhone, get away from the computer, tell your kids to get lost (in a nice way), forget Home Depot and take your spouse, get a bottle of wine, have a drink, look her in the eye and recapture what you had when you first dated her so very long ago. 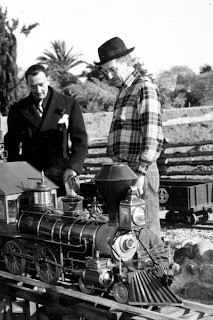