Cure for high blood pressure! Drug-free implant will help to save millions of lives and puns for the higher IQ

Personality traits are like raw material, intrinsically neutral. Classifying any particular trait as positive or negative changes according to the specific way it is employed by an individual in a given situation. If you utilize each trait in its proper time and place, then that trait is considered positive. But if you apply a trait when it is inappropriate, it is considered negative.

For example, the positive trait of "generosity" can actually be negative if it turns into smothering and stifling. On the other hand, the negative trait of anger can be positive when used to fight against evil and injustice 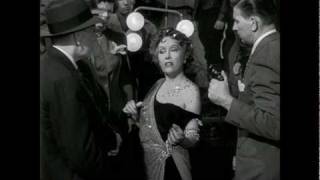 Puns for people with a higher IQ.

Those who jump off a bridge in Paris are in Seine.

A man's home is his castle, in a manor of speaking.

Dijon vu - the same mustard as before.

Shotgun wedding - A case of wife or death.

A man needs a mistress just to break the monogamy.

A hangover is the wrath of grapes.

Dancing cheek-to-cheek is really a form of floor play.

Does the name Pavlov ring a bell?

Condoms should be used on every conceivable occasion.

When two egotists meet, it's an I for an I.

A bicycle can't stand on its own because it is two tired.

What's the definition of a will?

In democracy your vote counts.

In feudalism your count votes.

She was engaged to a boyfriend with a wooden leg but broke it off.

A chicken crossing the road is poultry in motion.

If you don't pay your exorcist, you'll get repossessed.

With her marriage, she got a new name and a dress.

The man who fell into an upholstery machine is fully recovered.

You feel stuck with your debt if you can't budge it.

Local Area Network in Australia - the LAN down under.

Every calendar's days are numbered.

A lot of money is tainted - taint yours and taint mine.

A boiled egg in the morning is hard to beat.

He had a photographic memory that was never developed.

A midget fortune-teller who escapes from prison is a small medium at large.

Acupuncture is a jab well done. 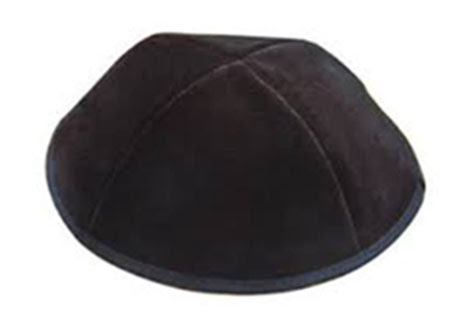 Because of our traditions, we've kept our balance for many, many years. Here in Anatevka, we have traditions for everything: how to sleep, how to eat… how to work… how to wear clothes. For instance, we always keep our heads covered, and always wear a little prayer shawl that shows our constant devotion to God. You may ask, "How did this tradition get started?" I'll tell you!

- Tevye, "Fiddler on the Roof"

Tradition. It is the unbroken chain that has kept the Jewish people from – with apologies to the Fiddler – losing our balance and losing ourselves in the world. Unlike evangelical religions that find their fundamental meaning in winning converts, our traditions and rituals are designed to draw our thoughts and actions to God; they are heartfelt and, in a manner of speaking, private. They are ours and they have no reason or intent to trouble the world. Yet some of our traditions, even the most benign of them, seem to trouble the world greatly, and to incite it to violence against us.

Take, for example, the simple yarmulke. A piece of fabric resting on one's head. How could such a thing possibly cause consternation? Yes, yes, I know. Some yarmulkes carve out positions that do sometimes demand a response. While yarmulkes that display characters from children's books or television shows are certainly not a reason to become incensed, yarmulkes festooned with logos of football or baseball or basketball teams can enliven passionate debate, like any other emblem of team loyalty. But I am not concerned with these yarmulkes. Nor am I concerned with yarmulkes that, in addition to showing devotion to God, proclaim political positions or nationalistic identifications that have the potential to arouse debate about decidedly non-spiritual issues.

I am just asking that we consider the simple black yarmulke.

What harm does it do anyone? Really, what challenge does it present? It is ours to wear for the simple reason that by wearing it we show our devotion to God. To go without a yarmulke, to have one's head uncovered, is k'chukos ha'goyim – the "gentile way." We cover our heads not because it identifies us as Jews – although it does do that – but because wearing it makes concrete to ourselves our devotion to God.

If our concern was primarily identification as Jews, we could find hundreds of ways to accomplish that aim. Yet if the purpose of wearing a yarmulke, to cover one's head, was only devotion, why not simply wear a hat and be done with it? Indeed, some Jews do wear hats, often to actually minimize self-identification while "out in the world." However, any number of modern thinkers and teachers have suggested that wearing a yarmulke is worthy of greater merit and brings about a greater sanctification of God's name. Perhaps because a yarmulke, unlike a hat, can have no other purpose than as an act of devotion. A yarmulke will certainly not keep a head warm on a chilly day or keep the glare of the sun out of one's eyes.

This modest bit of fabric certainly accomplishes a great deal. Is it any wonder that Jews actively, consciously, and devotedly place it upon our heads? To do otherwise would be to declare ourselves "hidden Jews," modern day Marranos who would degrade our devotion to God for no other reason than we fear the eyes of the world.

Our devotion to God should be of no concern to the world. Yet, as we have seen and experienced over the centuries, the world seems to concern itself with us whether we want it to or not – and usually in ways that do us harm. The world seems to have determined that our yarmulkes are little more than targets on our heads, providing focus for its hatred and ill-will toward us.

* * * * * Would that the ugliness of anti-Semitism were a thing of the past, a relic of time that saw its most horrific expression less than a century ago. Unfortunately, it isn't. We see growing evidence of anti-Semitism in our own time.

Last month, newspapers in Israel and the U.S. reported that Economy Minister Naftali Bennett presented to the cabinet a report on anti-Semitic trends over the past year. The report, which was compiled by the Public Diplomacy and Diaspora Affairs Ministry in collaboration with the Coordination Forum for Countering Antisemitism, declared that France is the most dangerous country for Jews today and made clear that it is Muslim extremists who are the "main instigators of global anti-Semitism."

Main instigators. But the fire they carry too easily finds welcoming tinder. This hatred is ancient, yet it continues to metastasize in new ways.

"We continue to see deterioration around the world," said Bennett. "The old anti-Semitism, spouting the familiar stereotype of a global Jewish conspiracy, is being increasingly coupled with the campaign to delegitimize Israel. It is radical Islam which is acting as the bridge for these two racist beliefs. They'll use any perverted excuse to further their goal, which is the destruction of Israel and the Jewish people."

As this hatred smolders and grows, we find that the yarmulke is playing a significant and an unwanted role in its resurgence. The following is from a JTA dispatch last month:

A Swedish reporter who walked around the southern Swedish city of Malmo while wearing a kippah to test attitudes toward Jews was hit once and cursed at by passersby before he fled for fear of serious violence.

Sveriges Television…aired secretly recorded footage from Petter Ljunggren's walk through Malmo, which documented some of the incidents that occurred within the space of few hours.

In one scene, Ljunggren – who, in addition to wearing a kippah was also wearing a Star of David pendant – was filmed sitting at a café in central Malmo reading a newspaper, as several passersby hurled anti-Semitic insults at him.

A man sits in a café. He does nothing to incite a response or reaction from anyone other than to wear a yarmulke (and a Star of David pendant, although it is unclear how prominent that might have been). Yet he is insulted and threatened.

The situation has become so dangerous that people have begun to consider great lengths to conceal this modest display of piety.

Severalnews outlets recently reported that an Israeli barber had gone so far as to fashion what he described as "magic" yarmulke made out of hair. These yarmulkes would allow religious Jews to cover their heads without attracting unwanted attention from anti-Semites.

The barber, Shalom Koresh, said he had seen particular interest from buyers in France and Belgium.

A simple bit of fabric. Is it really so important? Could we not find another way to demonstrate to God our devotion?

* * * * * It is told that many centuries ago a Jew died and after his burial and Kaddish his soul rose to Heaven to receive Divine judgment. When it arrived, it presented the good and bad deeds performed during the man's life and then awaited judgment. But no judgment came. The good and bad deeds of this soul were exactly equal.

The mighty tribunal determined that the soul was destined to hover aimlessly between Heaven and Earth until God Himself should take pity and beckon the soul unto Him.

The soul howled in agony at the verdict and pled for mercy.

The Heavenly shammos wept for the poor soul. Taking pity on it, the shammos offered the soul a glimmer of hope. "Fly down and hover close to the world of the living …and when you've brought three appropriate gifts, rest assured – the Gates of Paradise will open to you; the gifts will do their work."

Only one more gift was needed – but what could that gift be?

After centuries more of searching, the soul landed in a camp prison yard. There, two long rows of soldiers faced each other, creating a narrow passage between them through which an old, emaciated Jew was pushed, prodded, and beaten.

The soul viewed the torture of this poor man with horror and sadness. The dignity the old Jew managed to maintain was remarkable, but his calm seemed only to incite these soldiers to greater brutality.

And then the Jew fell to his knees.

A moment later, he was dead.

The hovering soul came closer. There, in the mud, it saw the murdered man's forgotten yarmulke. It collected the unobserved yarmulke, the dirtied piece of cloth that had earned the man so many wicked blows, and carried it up to Heaven. There, this third gift was accepted as "truly beautiful. Unusually beautiful."

The soul then entered Paradise and eternal rest.

About the Author: Rabbi Dr. Eliyahu Safran is an educator, author and lecturer. He can be reached at e1948s@aol.com.

or http://www.yehudalave.com/
Posted by Rabbi Yehuda Lave at 4:43 PM