Fwd: New inventions...just awesome! and a tale of life saving from 1940 and Muslim have it easier with wives

Expecting to be unserene some of the time will make it easier for you to handle your unserene moments.

And this will increase your moments of serenity.

Have a calm and accepting attitude towards being in distressful states. The calmer you are, the lighter your burden.

If you are calm you can prepare for the worst  and if it doesn't happen you can be doubly happy...Today I was prepared for a bad job but it

didn't happen so I was doubly happy..


Here is how I spent my Tu B Shavat

Tu B Shavat in Jerusalem
Your video has been published at http://youtu.be/PK6K8VlRqek
This is a small example of Israeli brainpower technology. Israel leads the world in many fields of finance,science and the arts etc., computer technology, agriculture, weaponry and many more.
Subject: New Inventions................

Israel is becoming the brain of our planet and in 7 years will probably lead the world on all scientific fronts.
This is fascinating to watch.  Just brilliant!

This is a tale of saving Jews from England in 1940 from the English Channel
http://www.aish.com/sp/so/Saving-Duneras-Jews-Tales-of-the-Sea.html

The world's biggest ship, which is currently docked in Rotterdam, has been named after Pieter Schelte, a Dutch officer in the Waffen SS, who was tried and sentenced to three years for war crimes.

The great advantage to being Muslim is, if you change wives,
you can still keep the same photo on your desk! 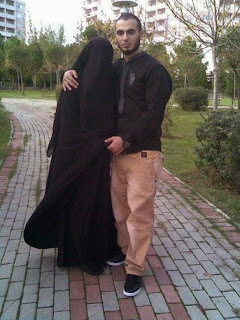 or http://www.yehudalave.com/
Posted by Rabbi Yehuda Lave at 12:54 PM