On a Nefesh sponsored trip we take the three hour drive to the most unusual geographic area of Israel, the Mitzpe Ramon Canyon called a Makhtesh. There is also a memorial to the only Israeli Astronaut who took the name Ramon because of this crater.

All related to Jewish incarceration and witness testimony.....

What Would My Greatest Role Models Say to Me?

Ask yourself this valuable question: "What would my greatest role models say to me now?"

Think of different people you respect and admire, both people you now know and people you've known in the past. Think of people whose books you have read or whose recordings you have heard. Think of great people in the past that you now wish you could have learned from in person.

It's helpful if you write down a list of the names of these great teachers and role models. Now review your list and ask yourself about each one: "What are some of the main lessons this person would teach me?"

You can have many inspiring and enlightening self-conversations by imagining that the greatest people who ever lived were asking you questions. So ask yourself, "If so and so were to ask me an insightful question about myself and my life, what do I think he would ask me now?" 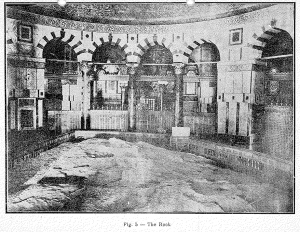 The widely-disseminated Arab Moslem position that the Temple Mount is not Jewish has been debunked – by the Supreme Moslem Council (Waqf) of Jerusalem, in a Temple Mount guide published in 1925. 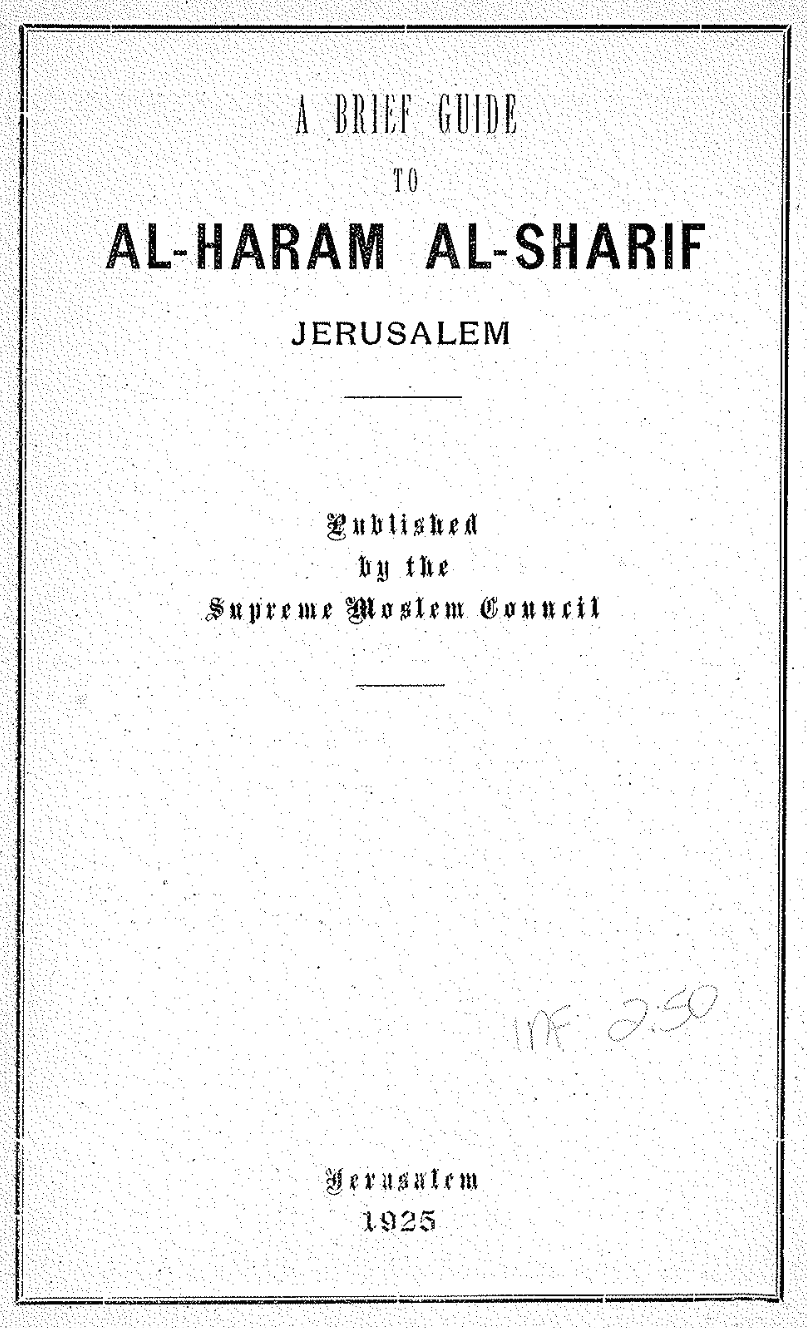 In 1997, the chief Moslem cleric of the Palestinian Authority, Mufti Ikrama Sabri, stated, "The claim of the Jews to the right over [Jerusalem] is false, and we recognize nothing but an entirely Islamic Jerusalem under Islamic supervision…"

Thus began a campaign to convince the world that the millennia-old natural association between Jerusalem and Jews was untrue.  As Islamic Movement chief Raed Salah stated in 2006, "We remind, for the 1,000th time, that the entire Al-Aqsa mosque [on the Temple Mount], including all of its area and alleys above the ground and under it, is exclusive and absolute Moslem property, and no one else has any rights to even one grain of earth in it."

However, it is now known that this "absolute" Moslem claim is actually not as absolute as claimed. In fact, back in 1925, the Supreme Moslem Council – also known as the Waqf, which has overseen Temple Mount activities on behalf of the Moslem religion for hundreds of years – boasted proudly that the site was none other than that of Solomon's Temple.

(http://www.templeinstitute.org) reports that it has acquired a copy of the official 1925 Supreme Moslem Council Guide Book to Al-Haram Al-Sharif (the Moslem name for the Temple Mount).  On page 4, the Waqf states, "Its identity with the site of Solomon's Temple is beyond dispute. This, too, is the spot, according to universal belief, on which 'David built there an altar unto the L-rd," citing the source in 2 Samuel XXIV,25.

In addition, on page 16, the pamphlet makes reference to the underground area in the south-east corner of the Mount, which is refers to as Solomon's Stables.  "Little is known for certain of the history of the chamber itself," the guide reads. "It dates probably as far back as the construction of Solomon's Temple. According to Josephus, it was in existence and was used as a place of refuge by the Jews at the time of the conquest of Jerusalem by Titus in the year 70 A.D."The Temple Mount in Jerusalem was in fact the site of the two Jewish Holy Temples which stood for nearly 1,000 years (see below). 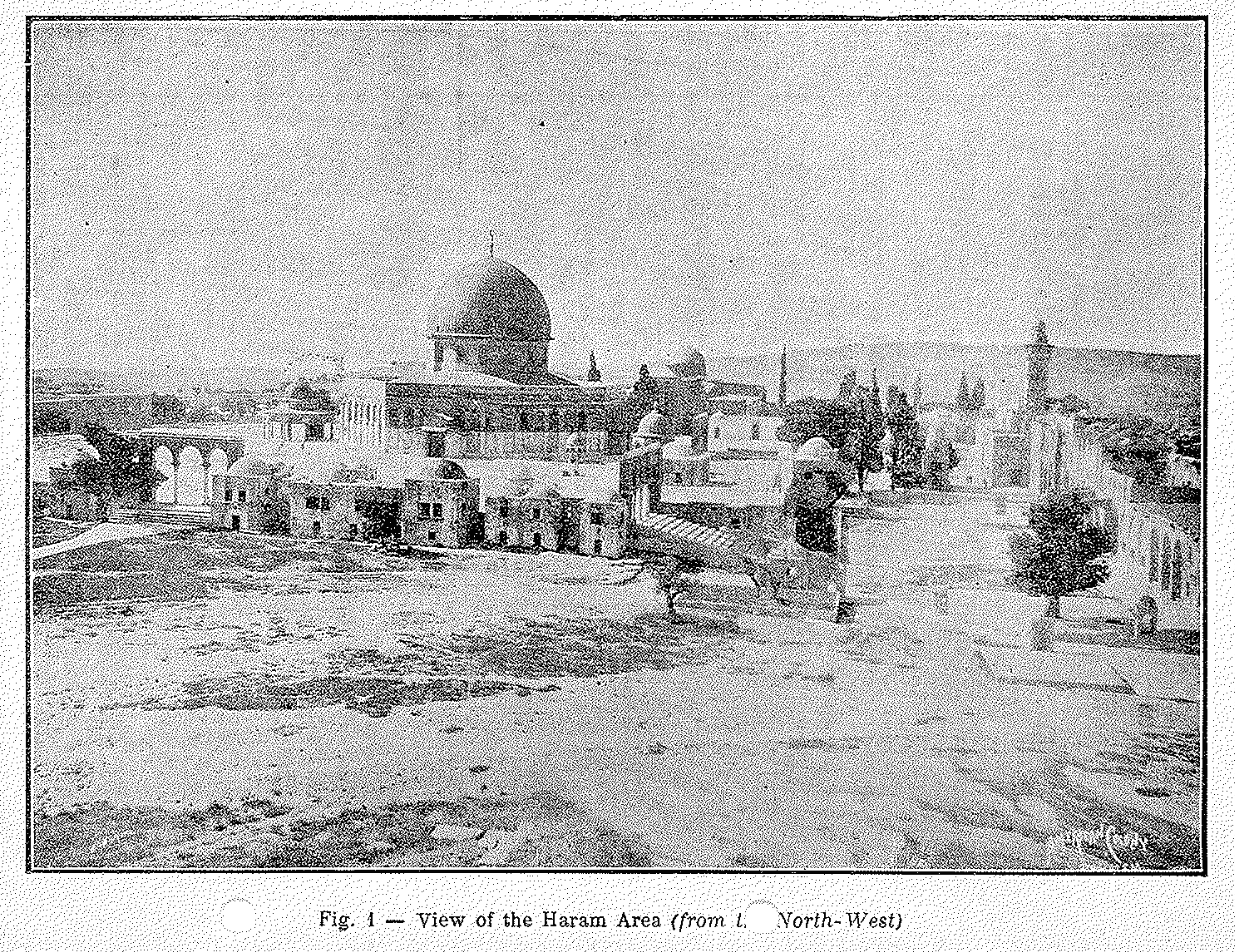 The Temple Institute's Rabbi Chaim Richman writes that the pamphlet provides proof that the Waqf's current position is a departure from traditional Muslim belief.  "In recent years," he writes, "the Moslem Waqf has come to deny the historic existence of the Holy Temple, claiming that the Temple Mount belongs solely to the Moslem nation, and that there exists no connection between the Jewish nation and the Temple Mount. It is clear from this pamphlet that the revised Waqf position strays from traditional Moslem acknowledgment of the Mount's Jewish antecedents.""The current denial of historical reality is merely one tool in the war being waged by Moslems against the G-d of Israel and the entire 'infidel' world," Richman declares.Examples of the new Palestinian/Arab position on Jerusalem:
PA Mufti Sabri was quoted in the Palestinian daily Al-Ayyam on November 22, 1997 as saying, "The 'Al-Buraq' Wall [the Western Wall] is a part of the Al-Aqsa Mosque. The Jews have no relation to it."

The same newspaper, on July 18, 1997, reported that Hamad Yusef, head of The Institution for the Rejuvenation of the Palestinian Heritage, referred to the "false historical claim of the Jews in the holy city, a claim which they were unable to prove in all of the excavations conducted by foreign groups for the past hundred years." The paper also stated that Hamad "accused the Israelis of unprecedented historical forgeries, emphasizing the Palestinian, the Arab and the Islamic nature of the holy city for the past 6,000 years. Israel fails in her attempt to find a historical connection to Jerusalem."  (courtesy of Jewish Virtual Library)

Jewish History on the Mount

The Temple Mount in Jerusalem was the site of the two Jewish Holy Temples, the first of which was built by King Solomon in the year 832 BCE, close to 1,500 years before Islam was founded. It stood for over 400 years, and after the 70-year Babylonian Exile, a Second Temple was built on the same site. Thus, for nearly 1,000 years, Holy Temples stood on the site, until the Romans conquered the entire land and destroyed the Second Temple. Though the area came under the control of the RomansByzantines, Moslems, Christians, Turks, British and others over the intervening centuries, Jerusalem and the Temple Mount were always the focus of Jewish religious and national yearnings, and continued to be the Jews' "capital" even while in exile. In the Six Day War of 1967, the modern State of Israel liberated the Temple Mount area and all of Jerusalem, placing it under Jewish control once again after a hiatus of 1,900 years.

Israel, however, never actualized its sovereignty over the holy Temple Mount site, but rather granted the Waqf nearly total control. Jews, in fact, have not been allowed to pray there ever since then-Chief IDF Rabbi Shlomo Goren led a prayer service there on the first Tisha B'Av after the liberation.  Jews' visiting hours are also restricted. 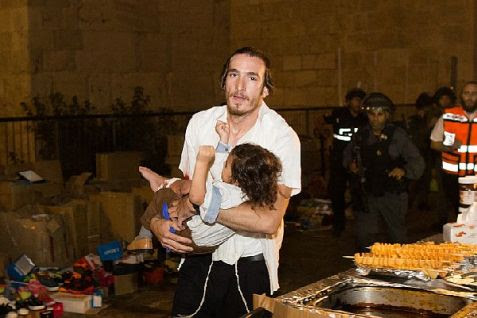 Rabbi Aharon Bennet, 24, and Rabbi Nechemia Lavi 41,died at Jerusalem's Shaare Zedek Medical Center after they were attacked in the Old City on Saturday night by an Arab terrorist.

Bennet was a Breslov Chossid from Beitar Illit. Lavi, a father of 7, was a rabbi at Yeshiva Ateret HaCohanim and Talmud Torah Moriah in the Old City of Jerusalem.

The attack came at around 7:30 pm as the family was walking from the Western Wall to the Lion's Gate on HaGai Street in the Old City of Jerusalem.

Bennet's wife, 22, is in very serious condition and their 2-year-old toddler is in fair condition with a gunshot wound to the leg as a result of the attack. Their young daughter was also present but escaped injury.

The Arab terrorist, Muhanad Halabi, 19, was neutralized by Israel Police. His murderous attack is being praised by various Arab groups; Palestinian Islamic Jihad claims the teenager was a member of its terrorist organization.

Muhanad repeatedly stabbed Bennet and then Lavi, who had just finished the IDF rabbinical course two months ago, before grabbing Lavi's gun and shooting the other members of the family. Bennet's wife ran to summon police at the start of the attack, despite her wounds. The terrorist meanwhile turned the gun on a nearby group of people who had just completed a tour of the area.

Police shot and killed the terrorist.

"The Arab suspect repeatedly stabbed the three Israelis while they were walking the near the Lion's Gate," said Israel Police spokesperson Micky Rosenfeld. "Border Police and [other] police responded immediately and shot the terrorist, neutralizing hi
--
Visit my Blog: http://yehudalave.blogspot.com

or http://www.yehudalave.com/
Posted by Rabbi Yehuda Lave at 10:00 AM