The Talmud (Airuvin 54b) relates that Rabbi Praida had to repeat each lesson to a certain student four hundred times until the student understood it. This is usually cited as an example of the patience needed to be a teacher. We can also see the courage and perseverance of the student.

Most people would give up after twenty or thirty repetitions and say they lack the necessary intelligence to comprehend the subject. This student realized he would eventually understand if he just heard each point enough times. When you say you cannot understand something, how many times did you try before you reached your conclusion? We have tremendous ability to understand almost anything if we have the patience to hear the ideas enough times. Pride gets in the way, and so does frustration. But a truth seeker does not worry about what others might think and keeps his mind on the goal.

The Cohen blessing at the Western Wall (Kotel) on Wednesday Morning, Sept 30, 2015 (video) 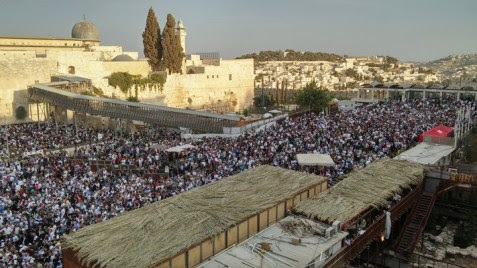 Today, the Jewish people had the opportunity to perform a relatively rare commandment called Hahkel.


10: And Moses commanded them, saying: 'At the end of every seven years, in the set time of the year of release, in the feast of tabernacles,

11: when all Israel is come to appear before the LORD thy God in the place which He shall choose, thou shalt read this law before all Israel in their hearing.

12: Assemble the people, the men and the women and the little ones, and thy stranger that is within thy gates, that they may hear, and that they may learn, and fear the LORD your God, and observe to do all the words of this law;

13: and that their children, who have not known, may hear, and learn to fear the LORD your God, as long as ye live in the land whither ye go over the Jordan to possess it.'

Today the Hahkel ceremony, as described above was performed at the Kotel, as Israeli President Ruby Rivlin spoke and got called up to the Torah, and the various Chief Rabbis read.

The Kotel plaza was packed from the Wailing Wall to all the way up the stairs in the surrounding buildings.

Here is the video of President Rivlin at the Torah.

https://youtu.be/FbNdqWnSCmk
Once a year they open the president's house to show off his Succah. Guess who was there (me)!! 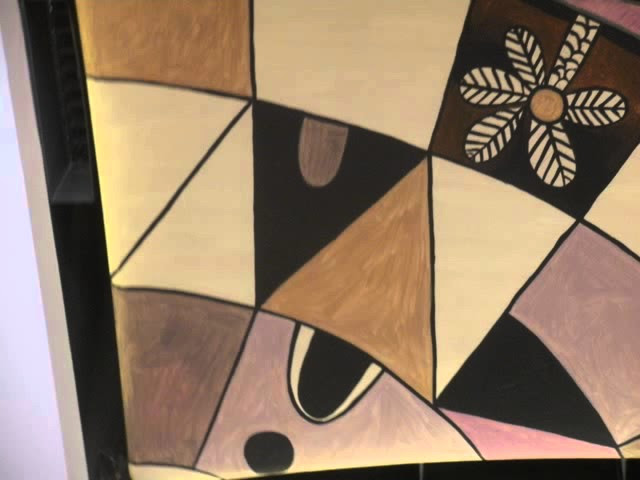 September 27th, began Sukkot (or Sukkos in the Ashkenazi pronunciation). Next week comes Shemini Atzeret (Sunday evening, October 4th) and Simchat Torah (starting Monday evening, October 5th)! In Israel, Simchat Torah is observed concurrently with Shemini Atzeret since they celebrate only one day of Yom Tov. However, outside of Israel we celebrate two days of Yom Tov -- and they are celebrated on separate days.

Shemini Atzeret is actually a separate festival adjacent to Sukkot. Rashi, the great Biblical commentator, explains that atzeret is an expression of affection, as would be used by a father to children who are departing from him. The father would say, "Your departure is difficult for me, tarry yet another day." The Jewish people prayed and brought offerings all the days of Sukkot so that the 70 nations of the world would have rain in the coming year. The Torah and the Almighty keeps us one more day for a special holiday to make requests just for ourselves. That's Shemini Atzeret.

Simchat Torah is the celebration of completing the yearly cycle of Torah reading and beginning it again. The evening and again the next morning are filled with dance and songs rejoicing in the Torah and thanking God for our being Jewish and that the Almighty gave us the Torah! We read the last Torah portion in Deuteronomy, Vezot Habracha and then begin immediately with Bereishit, starting the book of Genesis. If you take your kids to synagogue twice a year -- one time should be Simchat Torah!

The Torah portion we read on Simchat Torah is Vezot Habracha. It begins with the blessings that Moshe gives to the Jewish people and each tribe right before he dies. Then Moshe ascends Mt. Nebo where the Almighty shows him all of the land the Jewish people are about to inherit. He dies, is buried in the valley in an unknown spot, the Jewish people mourn for 30 days. The Torah then concludes with the words, "Never again has there arisen in Israel a prophet like Moses, whom the Almighty had known face to face ..."

Yizkor, the memorial  service for parents and relatives -- and Jews who have been killed because they were Jewish or in defending the Jewish people and Israel -- is observed Monday morning, October 5th.
--
Visit my Blog: http://yehudalave.blogspot.com

or http://www.yehudalave.com/
Posted by Rabbi Yehuda Lave at 1:47 PM