The Bible teaches us that the reason we are here is to work on our Character development and therefore spiritual goals are the most fulfilling.  However, remember that G-d helps those that help themselves so walk carefully and carry a big stick (forgive me President Theodore Roosevelt). In Israel right now we are under attack. Carrying a big (or Iron as I am) is a way to help yourself.

Town Hall Meeting with US Congressmen that I attended. (these were the Congressman's wife's sitting near them)

Visiting US Reps: 'We must address Palestinian denial that Israel is a Jewish state'

Rep. Mark Meadows (NC) says people who support Israel have a responsibility to do a better job on Twitter and Facebook.

Palestinian denial that Israel is a Jewish state, and not settlement construction, is one of the critical issues that must be addressed in order to achieve a two-state solution, visiting Democratic Congressman Alan Lowenthal said in Jerusalem on Saturday night.

He spoke at a special town meeting at the Inbal Hotel that marked the end of the week-long trip he made along with four Republican congressmen. The five legislators met with Prime Minister Benjamin Netanyahu, Defense Minster Moshe Ya'alon and toured Hebron and the Gush Etzion region of the West Bank.

"I believe in what Prime Minister Netanyahu told us the other day when we sat with him, whether it is the distortions and lies about the Temple Mount or the settlements, this [Palestinian] hatred [of Israel] goes far beyond that," Lowenthal said.

"The historical denial about the right of Jewish people to have their own homeland" and the Palestinian "refusal to acknowledge Israel as a Jewish state, that is a critical issue that needs to be addressed."

That is one of the essential messages about this trip to Israel the California congressman said he plans to take home with him.

Rep. Mark Meadows (NC) said he also had questions about the land for peace concept.

"It's not clear to me that the giving away of property, whether in the Sinai or Gaza, has brought peace. In many ways, it has made [the situation] more difficult," he said.

Soldiers patrolling the streets "has become very normal for you," Meadows said, but it is "very abnormal for us," indicating that the purpose of the visit was to see the level of danger lived with by Israelis.

Meadows added that he believed the IDF had shown great restrains in dealing with the current wave of terrorism.

All the legislators spoke of the danger social media poses in inflaming emotions with regard to the conflict and passing on false information.

But Meadows said concern over those issues must be balanced with respect for free speech.

People who support Israel, he said, have a responsibility to do a better job on Twitter and Facebook. There are ways that modern technology helps make people more aware of the dangers facing the country, he said recalling how during the 2014 Gaza war he sat with former Israeli Ambassador to the US Ron Dermer and that during their conversation, his phone went off 42 times from a Red Alert app alert notifying him of incoming missiles.

All the legislators pledged to talk about the dangers Israel faces when they return home in an attempt to dispel the false narratives that are being spread about events in the last few weeks.

Other representatives on the panel, which was moderated by Jerusalem Post Editor-in-Chief Steve Linde, were, Scott Garrett of New Jersey, Jim Jordan of Ohio and Raul Labrador of Idaho.

Their trip was sponsored by the non-profit organizations Yes Israel and Proclaiming Justice to the Nations.

Watch the video with Pat Boone

Irving Epstein is what they call a "fresser." He just loves to overeat and his favorites are all of the high calorie Jewish foods: cholent and kishke and kugel and rugelach. At his annual checkup, his doctor had some stern words for him.

"You are not in good physical condition Mr. Epstein," said Dr. Rosenberg. "The best thing for you to do is to give up the cholent and the kishke and the l'chaims and all of those other high calorie foods."

Irving thought about it for a second and said, "OK, doctor, what's the next best thing?"


JERUSALEM – The Jewish Agency for Israel's Fund for Victims of Terror yesterday (Wednesday, October 14) began granting immediate financial aid to Israelis affected by terror attacks in recent days. The grants have been made possible by contributions from The Jewish Federations of North America, Keren Hayesod-UIA, and other donors.

The immediate assistance of NIS 4,000 is meant to address families' most urgent needs in the wake of an attack, including the purchase of medical equipment, incidental expenses during hospitalization, mobility for the wounded and their family members, initial treatment for children, accommodation expenses, and so on. The grants have thus far been distributed to those wounded in the attacks, as well as to family members of those who have lost their lives. Additional requests continue to arrive at the fund's emergency hotline and are being handled as swiftly as possible.

In addition to the immediate emergency assistance, the fund will present each family recognized as victims of terror by Israel's National Insurance Institute with supplemental aid of up to NIS 25,000. The supplemental grants are meant to help the families cover the costs of medical equipment, treatment, professional training, and so on.

Chairman of the Executive of The Jewish Agency for Israel Natan Sharansky said: "The Jewish Agency is extending a helping hand to victims of terror in real time, because it is important that we help the families as swiftly of possible, even before the government steps in. It is important that we embrace the victims with the solidarity of world Jewry and that we extend immediate, practical aid, so as to alleviate their pain and distress to the extent possible."

The Jewish Agency's Fund for Victims of Terror was established in 2002 in the wake of the wave of terror attacks during that period and reopened after the Second Lebanon War in 2006 in order to provide supplemental aid to victims of terror recognized as such by the National Insurance Institue and assist their rehabilitation process. Since its establishment, the fund has assisted more than 6,000 Israeli families—including hundreds affected by last summer's Gaza operation—and distributed more than $30 million. In 2007, the fund created an emergency channel to provide victims of terror with urgent aid and help them through the immediate aftermath of an attack.

The below 6-minute video is a must-see. It offers an up close and personal account of what Christian minorities are experiencing at the hands of jihadis and other Muslim "rebels". A Christian family from Iraq narrates how their young children were killed and burned alive, "simply for wearing the cross." One of the remaining and traumatized children uses toy figures to show people how his siblings were slaughtered. Listen especially to the mother's words - starting around the 2:50 minute mark. She talks about how the "ISIS" that attacked and killed her children were their own Muslim neighbors, whom they ate with, laughed with, and even provided educational and medical service to. 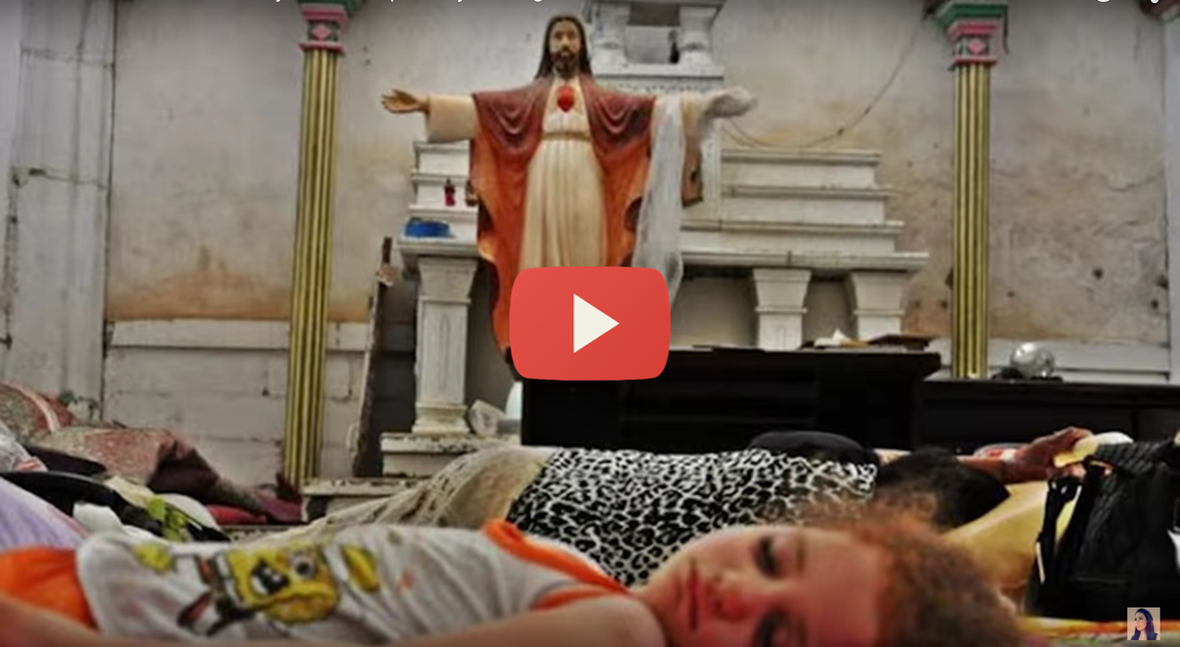 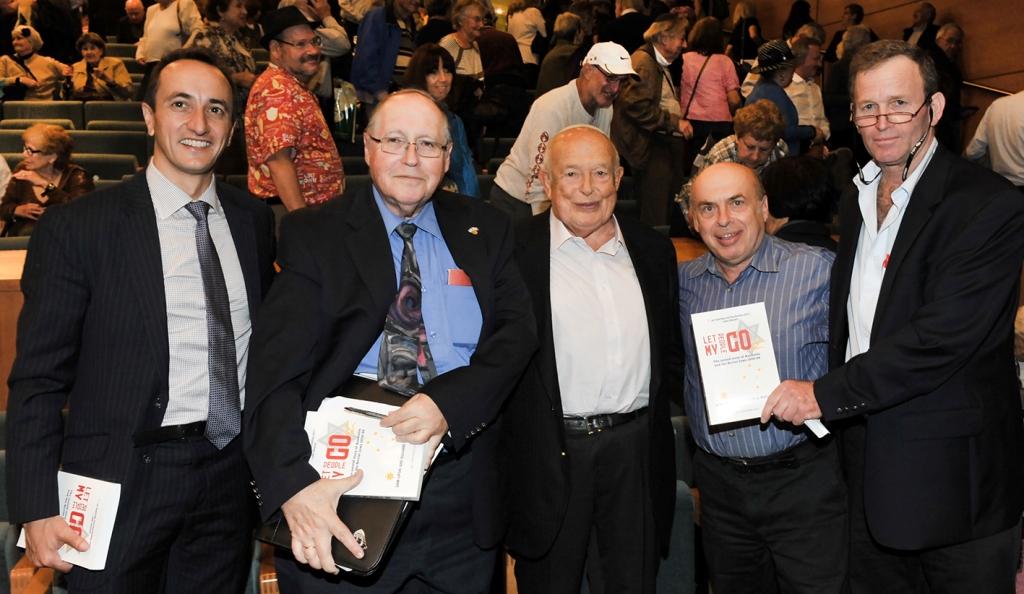 "Let My People Go" by Sam Lipski and Suzanne Rutland, published by Gefen Publishing, was launched in October 2015 at a major event at the Begin Heritage Center in Jerusalem, co sponsored by the World Jewish Congress and the Jerusalem Center for Public Affairs.

Following are links to the videos of the speeches and the full book review by Steve Linde, Editor in Chief of the Jerusalem Post.

New book documents the remarkable role of Australia and its Jewish leadership in the campaign for Soviet Jewry.

or http://www.yehudalave.com/
Posted by Rabbi Yehuda Lave at 5:25 PM