The Ajanta caves in Maharashtra, India and retirement and Pastor Wright

People Are Opportunities For Kindness

View each encounter with a fellow human being as an opportunity to give and help.
When you meet someone, let your first thought be, "What can I do for this person?"
Love Yehuda Lave

You can retire to Phoenix, Arizona where...
1. You are willing to park 3 blocks away from your house because you found shade.
2. You've experienced condensation on your rear end from the hot water in the toilet bowl.
3. You can drive for 4 hours in one direction and never leave town.
4. You have over 100 recipes for Mexican food.
5. You know that "dry heat" is comparable to what hits you in the face
when you open your oven door.
6. The 4 seasons are: tolerable, hot, really hot, and ARE YOU KIDDING ME??
OR
You can retire to California where...
1. You make over $450,000 and you still can't afford to buy a house.
2. The fastest part of your commute is going down your driveway.
3. You know how to eat an artichoke.
4. You drive your rented Mercedes to your neighborhood block party.
5. When someone asks you how far something is, you tell them how long
it will take to get there rather than how many miles away it is.
6. The 4 seasons are:
Fire, Flood, Mud, and Drought.
OR
You can retire to New York City where...
1. You say "the city" and expect everyone to know you mean Manhattan ....
2. You can get into a four-hour argument about how to get from Columbus Circle
to Battery Park, but can't find Wisconsin on a map.
3. You think Central Park is "nature."
4. You believe that being able to swear at people in their own language makes you multi-lingual.
5. You've worn out a car horn. (IF you have a car).
6. You think eye contact is an act of aggression.
OR
You can retire to Minnesota where...
1. You only have three spices: salt, pepper, and ketchup ..
2. Halloween costumes have to fit over parkas.
3. You have seventeen recipes for casserole.
4. Sexy lingerie is anything flannel with less than eight buttons.
5. The four seasons are: almost winter, winter, still winter, and road repair.
6. The highest level of criticism is "He is different, she is different or It was different!
OR
You can retire to The Deep South where...
1. You can rent a movie and buy bait in the same store.
2. "Y'all" is singular and "all y'all" is plural.
3. "He needed killin" is a valid defense.
4. Everyone has 2 first names: Billy Bob, Jimmy Bob, Joe Bob, Betty Jean, Mary Beth, etc.
5. Everywhere is either: "in yonder," "over yonder" or "out yonder".
OR
You can retire to Colorado where...
1. You carry your $3,000 mountain bike atop your $500 car.
2. You tell your husband to pick up Granola on his way home, so he stops at the day care center.
3. A pass does not involve a football or dating.
4. The top of your head is bald, but you still have a pony tail.
OR
You can retire to the Nebraska where...
1. You've never met any celebrities, but the mayor knows your name.
2. Your idea of a traffic jam is three cars waiting to pass a tractor.
3. You have had to switch from "heat" to "A/C" on the same day.
4. You end sentences with a preposition: "Where's my coat at.
OR
FINALLY You can retire to Florida where...
1. You eat dinner at 3:15 in the afternoon.
2. All purchases include a coupon of some kind -- even houses and cars.
3. Everyone can recommend an excellent cardiologist, dermatologist,
proctologist, podiatrist, or orthopedist.
4. Road construction never ends anywhere in the state.
5. Cars in front of you often appear to be driven by headless people.


: The Ajanta caves in Maharashtra, India


Obama's ex-pastor: Israel is apartheid state, 'Jesus was a Palestinian'


Wright said that African-Americans, Native Americans and Palestinians have suffered under the "three-headed demon" of "racism, militarism and capitalism." 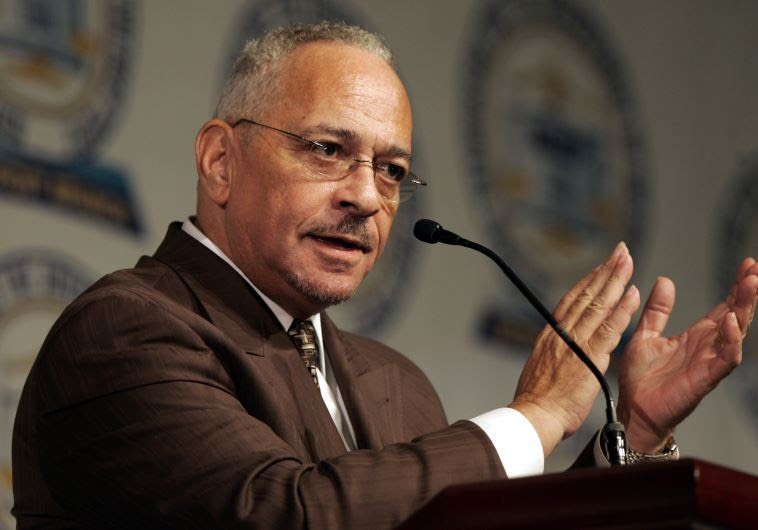 Jeremiah Wright, President Barack Obama's former pastor, called Israel an apartheid state and said "Jesus was a Palestinian" at a rally in Washington hosted by the Rev. Louis Farrakhan.

At an hours-long event Saturday on the National Mall titled "Justice or Else," Wright said that African-Americans, Native Americans and Palestinians have suffered under the "three-headed demon" of "racism, militarism and capitalism."

"The same issue is being fought today and has been fought since 1948, and historians are carried back to the 19th century … when the original people, the Palestinians ­ and please remember, Jesus was a Palestinian ­ the Palestinian people had the Europeans come and take their country," Wright said, The Hill reported.

"The youth in Ferguson and the youth in Palestine have united together to remind us that the dots need to be connected," Wright also said. "And what Dr. King said, injustice anywhere is a threat to justice everywhere, has implications for us as we stand beside our Palestinian brothers and sisters, who have been done one of the most egregious injustices in the 20th and 21st centuries."

The rally marked the 20th anniversary of the Million Man March, a mass gathering of black men spearheaded by Farrakhan, who has a long history of anti-Semitic remarks.

Wright, who retired in 2008 as pastor of Chicago's Trinity United Church of Christ, which Obama attended from 1988 to 2008, also called Israel an apartheid state.

"As we sit here, there is an apartheid wall being built twice the size of the Berlin Wall in height, keeping Palestinians off of illegally occupied territories, where the Europeans have claimed that land as their own," Wright said.

He concluded: "We are grateful to God to be able to be here and to speak a word on behalf of Palestinian justice. Palestinians are saying 'Palestinian lives matter.' We stand with you, we support you, we say God bless you."

Farrakhan said at Saturday's rally that blacks were too forgiving of their abusers.

"Find me a Jew who forgives Hitler," the Nation of Islam leader said. "And they say they're the children of God, and they don't have no forgiveness in them."

or http://www.yehudalave.com/
Posted by Rabbi Yehuda Lave at 12:01 PM