People who forget important appointments and tasks might use the excuse that "it's not my fault that I forgot." In truth, a person is greatly responsible for not writing things down.

Make a habit of writing down your obligations and commitments in a notebook where you can review them. It will prevent many unnecessary problems.

And when you are using Facebook making general comments instead of writing to the person you want to, this also falls into the category of it is your own fault.

Rabbi Kahane's words from 30 years still ring true today. On this must watch video, the Arab opposing Rabbi Kahane in a debate, said how much more of a problem, the Arabs  would be in the future. Both of the debaters in the old video,  turn out to be prophets.
https://www.youtube.com/watch?v=KLg7WPLcctU&feature=em-subs_digest-g

The 7th of Elul, was the 100th yahrtzeit of Leo Frank, who was lynched by an anti-Semitic mob near Atlanta, GA, in 1915. Frank was accused of murdering a 13 year old girl who worked in the factory where he was the foreman.In a sensational trial rife with antisemitism, he was convicted and sentenced to death. The governor, sensing a miscarriage of justice, resisted enormous pressure, including death threats, and commuted the sentence to life in prison. Not to be denied, a mob of Georgia's leading citizens, including judges, doctors, and businessmen, took the law into their own hands, kidnapping Frank from prison and hanging him. They were proud of their crime and made no effort to hide their involvement. Jews in Georgia lived in great fear for years after the hanging.

Almost 7 decades later, an eye-witness finally revealed that he knew that Frank was innocent. http://www.nytimes.com/1982/03/08/us/after-69-years-of-silence-lynching-victim-is-cleared.html

Leo Frank knew little of the joy of Jewish life, but he certainly suffered the pain of a Jew in Exile.  It would be fitting if Jews who can appreciate that would come to his grave on Sunday, August 23rd, to say Tehillim and kaddish L'ilui Nishmaso.

The grave is in Mount Carmel Cemetery, section 1, 83-45 Cypress Hills St. in Jamaica, Queens. Turn right after the entrance and follow the road to the right, to block E, path 41, lot 1035, grave 2.

Will Arabs who urged knife victim to die rather than help her be charged?
Dr. Aaron Lerner - IMRA  5 October 2015

The Law:  Good Samaritan Law, 1998 - Published 30 June 1998
1. (a) It is an obligation of a person to aid a person in front of him, due to a sudden, severe and immediate danger to his life, to his bodily integrity or to his health, when the person nearby can help, without risking or endanger himself.

(b) Someone who notifies the authorities or alerts another person who can provide the assistance required, is deemed to have helped for the purposes of this Act; In this section, "authorities" - the Israel Police, Magen David Adom and firefighting service.

2. (a) The provisions of Section 5 of the Unjust Enrichment Law, 1979, shall also apply when the qualifying person operated under his obligation under Section 1.

(c) The court may require the person causing the danger that the aided person encountered, including the aided person himself if he caused this danger, to indemnify those who assisted in accordance with their obligation under the provisions of Article 1 for reasonable expenses and disbursements incurred.

4. A person who contravenes the provisions of Section 1 of this Act, shall be liable to a fine.

5. The Minister of Justice is responsible for implementation of this law.

6. The commencement of this law is at the conclusion of 90 days from its publication.

"I ran several meters with a knife stuck in my shoulder, covered in blood," newly widowed Adele (Benita) Bennett told Israel's Channel 2 on Sunday, from her hospital bed in Hadassah-Ein Kerem. "And the Arabs watching applauded and spit at me, calling out, 'You should die, too.'"

The 22-year-old wife of murdered Aharon (Benita) Bennett, whose funeral she was unable to attend due to the critical injuries she sustained in the Jerusalem terror attack on Saturday night, recounted the terrifying ordeal, in which her two-year-old son was also stabbed. The baby, whose injury was described by doctors as "light," was transferred Sunday afternoon from Shaarei Zekek Medical Center to Hadassah, to be reunited with his mother.


We were walking to the Kotel [the Western Wall]. We saw that a lot of people were walking alongside us. We didn't think there would be a problem. The streets were crowded.

We prayed at the Kotel. And on our way back, there were lots of people around us.

We got to an area where we suddenly noticed that we were alone. Everyone had disappeared. I asked Aharon, 'Where is everybody?' [Because] there weren't enough people around for us to feel safe.

So we decided to run to a safer area, near security forces, and then we would continue on our way.

Suddenly, he [the terrorist] emerged from one of the shops, that vile murderer. I didn't understand what was happening to me.

I felt someone at my back, and then I saw my husband starting to confront him. Aharon punched him in the face. My husband is a big man; he really fought with him. He's extremely strong… [But then the terrorist turned around] and started stabbing me, and after that resumed stabbing my husband.

Many Arabs were around us watching what was happening. They simply laughed and smiled.

He [the terrorist] pushed Aharon down to the ground and continued stabbing him. I tried to fight him, to get the knife out of his hand. I realized I wouldn't be able to; I felt I was about to fall. I thought I had to alert security forces.

[When I reached them], I told them that I was wounded and that my children and my husband were back there. I fell on the ground; I couldn't move.

As I ran to them, I heard cursing; I got slapped, yelled at. They were animals. I felt that it had been organized.

How car tires harm our lungs

An invisible pollutant found in cigarettes and when car tires wear down has been found to cause emphysema and irreversible DNA damage by researchers in Houston, Texas.

People who meet their loved ones three times a week are the least likely to suffer depression, compared with those who rely on email and text messages, scientists in Oregon found.

John Kerry: Temple Mount Must Remain 'In the Hands of Jordan'

US Secretary of State calls for 'calm' and for 'both sides to avoid escalation,' after escalating violence in Jerusalem, Judea-Samaria.
By Arutz Sheva Staff
First Publish: 10/5/2015, 7:42 PM 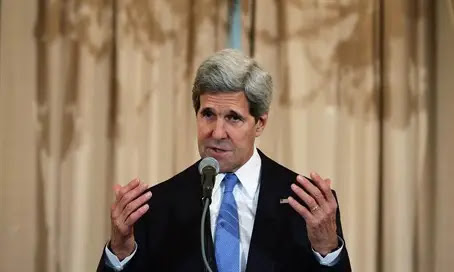 US Secretary of State John Kerry urged Israel and the Palestinians on Monday to demonstrate calm after violent clashes in the Old City of Jerusalem, and to "avoid further escalation."

Kerry was speaking at an event at Chile's Congress in Valparaiso after Israel banned Palestinians from Jerusalem, as part of measures to ensure the security of residents and visitors during the Simchat Torah festival, following a series of deadly Arab terrorist attacks

"Regarding Jerusalem, it absolutely is unacceptable on either side to have to have violence resorted to as a solution," Kerry said.

"And I would caution everybody to be calm, not to escalate the situation and to deal with this in a way that can find quick way back to the full restoration of the status quo where the chief administration is in the hands of the government of Jordan and King Abdullah, who is the custodian," he said, referring to the Temple Mount.

"And it is very important to maintain a sense of calm that will minimize the instinct for escalation."

The Temple Mount is Judaism's holiest site, but under the "status quo" Kerry referred to Jews are prohibited from praying there in what activists have condemned as a capitulation to Islamist threats of violence.

As part of Israeli security measures following the most recent attacks, Jerusalem's Old City remained closed to Palestinians for a second straight day.

AFP contributed to this report.

or http://www.yehudalave.com/
Posted by Rabbi Yehuda Lave at 10:05 AM