Disapproval May Not Be Warranted

Rabbi Naftali of Ropshitz commented, "There will always be people who criticize the behavior of others, regardless of how great they are or what they do."

When someone disapproves of your behavior, it does not necessarily prove you are truly at fault. It is always possible to complain about others' behavior. Another person's disapproval of you may be his personal opinion or critical tendency.

If this is true on a personal level, think how much more so it is true on a national level, where outright lies and antisemitism causes such a bias on how the current crisis in Israel is being reported by the media. Look at the picture below about how the media would report on the 911 attacks if it were Israel.

Dennis Prager explains how the Arabs want us dead back in 2014 and of course still true in 2015:

https://www.facebook.com/tamonotstatusim/videos/926708447358179/
This post is From my friend Alan Ziegler about the New murders by a relative of the Har Noff murderer.

The theory and assumption that Arabs can be bribed with a better standard of living is erroneous and fallacious...

The Arab quest is to kill all Jews and their struggle will not cease until all Jews are slaughtered and evicted from their land.

There is no negotiable resolution ... only one people can occupy Israel.  It is a fight to the death or expulsion.

There is no rational way to find a political solution....After 23 wasteful years since the infamous Oslo Accords, witnessing thousands of dead and injured Jews, you would think Israel political leaders would learn...

However, Israel is a country whose leaders have no identity and hence, no self respect.  The priority and strategy of the luminaries at the helm is genuflection to their adversaries and enemies.

Instead of confronting their illusions and seeking the truth, the Israel elite continues to leave their constituency vulnerable and divided.

Is the revelation apparent yet ? ... or do we have to suffer through more needless Jewish bloodletting?  I fear the latter until a leader with courage and conviction unifies the nation.


Kerry is coming here, I want as many in the State Dept to read the last paragraph of an editorial by Bret Stephens from the Wall Street Journal , Oct. 13, 2015. I will tell you how to contact the State Dept after the quote
"Today in Israel, Palestinians are in the midst of a campaign to knife Jews to death, one at a time. This is psychotic.  It is evil.  to call it anything else is to serve as an apologist, and an accomplice."
go to www.state.gov  scroll to the section called contact--fill out the form and send this quote. I also suggested that he stay home.
you can also call the white house 202-456-1111  and leave a comment.
Kol Tov  rae sharfman  please put this in your news letter.  todah

Israel: A Meditation
Israel,
You are my people.
You are my heart and you are my hope.
We waited together at the mountain
When G-d revealed the Holy Word.
We wandered together through the desert
On the path to sacred soil.
We watched the sea part.
We heard the heavens roar.
We stood at the doorway to freedom,
At the border of a Promised Land.

Israel,
You are my destiny.
You are my joy and you are my truth.
We were victorious at Jericho,
Unyielding at Masada.
We defied empires
For Torah.
We defied kings
For justice and freedom.
We've traveled the earth,
Wandered the millennia,
Refugees of the ages,
Homeless and hopeful,
Waiting to return
To native ground.

"Israel: A Meditation" is © 2010 Alden Solovy and tobendlight.com. All rights reserved.

The victims from Tuesday's savage terror attack on Egged Bus No. 78 in Jerusalem have both been identified.
By: Hana Levi Julian
Published: October 14th, 2015 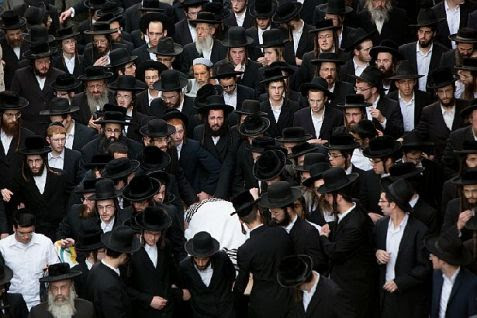 Hareidi-religious men carry the body of a rabbi murdered by an Arab terrorist who rammed his car into a crowd of people standing at a bus stop on Malchei Yisrael Street, and then got out and stabbed those still standing.
Photo Credit: Yonatan Sindel / Flash 90

A gag order has been lifted on the identification of the victims of Tuesday morning's deadly terror attack on Bus No. 78 in Jerusalem's southeastern Armon Hanatziv neighborhood.

Both were killed during the attack by two terrorists. As one terrorist attacked the driver and sealed the doors shut, the other went through the vehicle and stabbed passengers.

One of the fallen was 51-year-old Alon Guverg, who lived alone in the neighborhood and is to be laid to rest Wednesday afternoon.

The ZAKA first responder organization is asking the public to please attend this man's funeral at 5 pm at the Family Mourning Home in Givat Shaul, as he lived alone, a man who died a victim of terror in the holy city.

The second terror victim on the bus Tuesday morning was 78-year-old Chaim Haviv, who also is to be laid to rest Wednesday. Haviv's wife Shoshana was on the bus as well and survived the attack but was seriously wounded. She remains hospitalized in serious condition at Shaare Zedek Medical Center in Jerusalem.

At least 16 others were physically wounded in the two attacks, and dozens of others were badly traumatized. The second attack which came just minutes after the first involved a Bezeq technician who rammed his car straight into a crowd of people standing at a bus stop on Rehov Malchei Yisrael in central Jerusalem. The terrorist then got out of the car and began stabbing those who were still standing.

Among those stabbed by the Arab Bezeq worker-turned-terrorist was Rabbi Yeshiayahu Krishevsky, who was laid to rest Tuesday afternoon.

All of the terrorists in the above attacks were residents of the Jerusalem neighborhood of Jabel Mukabar.

The truth about why Palestinians have been seized by their present blood lust.

If you've been following the news from Israel, you might have the impression that "violence" is killing a lot of people. As in this headline: "Palestinian Killed As Violence Continues." Or this first paragraph: "Violence and bloodshed radiating outward from flash points in Jerusalem and the West Bank appear to be shifting gears and expanding, with Gaza increasingly drawn in."

Read further, and you might also get a sense of who, according to Western media, is perpetrating "violence." As in: "Two Palestinian Teenagers Shot by Israeli Police," according to one headline. Or: "Israeli Retaliatory Strike in Gaza Kills Woman and Child, Palestinians Say," according to another.

Such was the media's way of describing two weeks of Palestinian assaults that began when Hamas killed a Jewish couple as they were driving with their four children in the northern West Bank. Two days later, a Palestinian teenager stabbed two Israelis to death in Jerusalem's Old City, and also slashed a woman and a 2-year-old boy. Hours later, another knife-wielding Palestinian was shot and killed by Israeli police after he slashed a 15-year-old Israeli boy in the chest and back.

Other Palestinian attacks include the stabbing of two elderly Israeli men and an assault with a vegetable peeler on a 14-year-old. On Sunday, an Arab-Israeli man ran over a 19-year-old female soldier at a bus stop, then got out of his car, stabbed her, and attacked two men and a 14-year-old girl. Several attacks have been carried out by women, including a failed suicide bombing.

Regarding the causes of this Palestinian blood fetish, Western news organizations have resorted to familiar tropes. Palestinians have despaired at the results of the peace process—never mind that Palestinian President Mahmoud Abbas just declared the Oslo Accords null and void. Israeli politicians want to allow Jews to pray atop the Temple Mount—never mind that Benjamin Netanyahu denies it and has barred Israeli politicians from visiting the site. There's always the hoary "cycle of violence" formula that holds nobody and everybody accountable at one and the same time.

Left out of most of these stories is some sense of what Palestinian leaders have to say. As in these nuggets from a speech Mr. Abbas gave last month: "Al Aqsa Mosque is ours. They [Jews] have no right to defile it with their filthy feet." And: "We bless every drop of blood spilled for Jerusalem, which is clean and pure blood, blood spilled for Allah."

Then there is the goading of the Muslim clergy. "Brothers, this is why we recall today what Allah did to the Jews," one Gaza imam said Friday in a recorded address, translated by the invaluable Middle East Media Research Institute, or Memri. "Today, we realize why the Jews build walls. They do not do this to stop missiles but to prevent the slitting of their throats."

Then, brandishing a six-inch knife, he added: "My brother in the West Bank: Stab!"

Imagine if a white minister in, say, South Carolina preached this way about African-Americans, knife and all: Would the news media be supine in reporting it? Would we get "both sides" journalism of the kind that is pro forma when it comes to Israelis and Palestinians, with lengthy pieces explaining—and implicitly justifying—the minister's sundry grievances, his sense that his country has been stolen from him?

And would this be supplemented by the usual fake math of moral opprobrium, which is the stock-in-trade of reporters covering the Israeli-Palestinian conflict? In the Middle East version, a higher Palestinian death toll suggests greater Israeli culpability. (Perhaps Israeli paramedics should stop treating stabbing victims to help even the score.) In a U.S. version, should the higher incidence of black-on-white crime be cited to "balance" stories about white supremacists?

Treatises have been written about the media's mind-set when it comes to telling the story of Israel. We'll leave that aside for now. The significant question is why so many Palestinians have been seized by their present blood lust—by a communal psychosis in which plunging knives into the necks of Jewish women, children, soldiers and civilians is seen as a religious and patriotic duty, a moral fulfillment. Despair at the state of the peace process, or the economy? Please. It's time to stop furnishing Palestinians with the excuses they barely bother making for themselves.

Above all, it's time to give hatred its due. We understand its explanatory power when it comes to American slavery, or the Holocaust. We understand it especially when it is the hatred of the powerful against the weak. Yet we fail to see it when the hatred disturbs comforting fictions about all people being basically good, or wanting the same things for their children, or being capable of empathy.

Today in Israel, Palestinians are in the midst of a campaign to knife Jews to death, one at a time. This is psychotic. It is evil. To call it anything less is to serve as an apologist, and an accomplice.