Utilize your encounters with difficult people to:
* Achieve a greater understanding of others.
* Become aware of your own vulnerabilities.
* Discover what you can personally do to help him.
* Learn to be more creative in dealing with people.
Love Yehuda Lave

"The difference between a successful person and others is not a lack of strength, not a lack of knowledge, but rather a lack of will."
-- Vince Lombardi,
football coach

As we suffer through more Arab violence, the truth comes out that we don't have a Jewish State that is safe for Jews, because we do not follow the Torah instruction to only allow peaceful people to live here. The Arabs want us gone. This is not rocket science. How many years do we have to keep on dying to see the truth that Rabbi Kahane said 30 years ago.
Jews are supposed to be smart. We just appear to be guilty as Rabbi Kahane said. Guilty that we are alive. Guilty that we did not all die in the fires of the concentration camps.
If we are to live we must take destiny into our own hands. See this moving speech from Rabbi Kahane and you can watch more on You tube. Our children and our future is at stake. We have a lack of will.

One of the true stars of Jerusalem is Rabbi Yom Tov Glaser who hosts people every year on Succah. This year during Chul Amud the Sukkah went done in flames.

https://www.youcaring.com/rabbi-yom-tov-glaser-s-382288
Video of the succah fire

A burned up Luluv after the fire.

Speaking of strong will, here is a man that has shown plenty of will in his standing up to the Russian Gulag when he was a Refusnik.
Natan Sharansky in a speech Wednesday Night about the Russian Jewish People that I attended at the Begin Center called "Let my People Go"

A Perspective of the Stars and Earth

From Galaxies down to Quarks


Some Entitled "Sorry" British citizens come to Israel to apologize to the Jewish people. (6 min.)

​Y​
ou have to listen. Unbelievable

Now for some Great News:

According to estimates, the amount of oil found will make Israel self sufficient for many, many years.

According to Hitorerut Yerushalayim's Facebook page, a deal was just reached through which Egged will allow riders to board buses through the back entrance, thereby cutting down waiting times. You can also and swipe your rav kav in the machine, just like on the light rail. The new arrangement will begin November 1, and was hailed as a "revolution" by Hitorerut Yerushalayim.
while you are on the bus, think of this:


Mayor Nir Barkat: Come Out Today With Your Guns 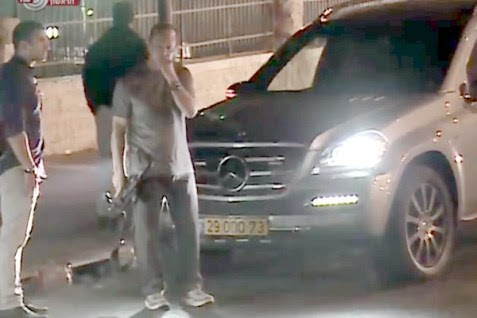 “Come out today with your licensed guns, for those who know how to use it, that’s what needed right now. In a way, this is like reserve duty.”


Barkat also said that the Muslim groups harassing the Jewish visitors and all provocateurs in general have to be prevented from going up to the Temple Mount.
He called on the government to increase the security in Jerusalem’s schools, past 1:30 PM.