Student versus the Professor and Johnathan Pollard Breaks his silence

Giving to others will increase your love for them. If you make an effort to help everyone you meet, you will feel close to everyone. Doing acts of kindness for everyone fills your world with friends and loved ones.

"A stranger is someone you have not yet helped."

Jonathan Pollard tells newspaper: Israel giving up the moral foundation of its existence by releasing terrorists.
By Elad Benari
First Publish: 8/16/2013, 1:46 AM

Jonathan Pollard, who has spent more than 27 years and more than 10,000 days in American prison, is breaking his silence.

In an opinion piece sent to the Jerusalem Post, which will appear on Friday, Pollard criticizes the Israeli government "over the past 60 years" on issues such as evicting Jewish communities, releasing murderous terrorists and his own situation.

Referring to his personal story, he wrote, "Israel holds the world record for betraying those who were loyal to it. It is the only country in the world that ever willingly cooperated in a lawsuit against its intelligence agent, refused to give him asylum, turned over documents to incriminate him, denied knowing him and then allowed him to rot in prison for decades."

Pollard also spoke about Israel releasing terrorists as a "gesture" to the Palestinian Authority ahead of peace talks, saying, "A sovereign state which can desecrate the dead by releasing murderers and torturing bereaved families, in principle, gives up and throws away the moral foundation of its existence."

He added, "Many of those released were serving life sentences for multiple heinous crimes. The blood of the victims cries out from their graves over the lack of human decency. Their cries are not being heard. The bereaved families of the victims asked and begged not to release the savage murderers of their loved ones. Their pleas were ignored. No one in Israel sees the broken hearts that are bleeding continuously over their losses." 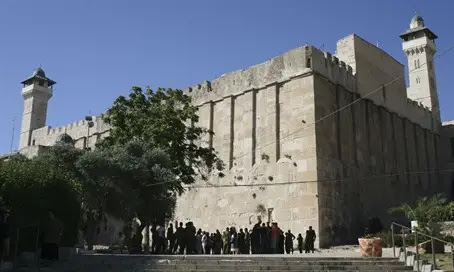 Cave of the Patriarchs in Hevron
Flash 90

UNESCO (the United Nations Educational, Scientific, and Cultural Organization) passed a resolution Wednesday listing the Cave of the Patriarchs in Hevron and Rachel's Tomb in Bethlehem as Muslim sites.

The resolution - which passed with 26 in favor, six voted against, and 25 abstentions - condemned Israel for archaeological excavations in the Old City of Jerusalem and particularly near the Temple Mount.

An initial draft of the resolution had also called for the Kotel (Western Wall) to be listed as an Islamic site - or more specifically as an "extension of the Al Aqsa Mosque" - but that detail was hastily withdrawn after widespread condemnation, including from UNESCO's own Director-General.

The revised draft also toned-down some of the more blatant anti-Israel language in the original, including referring to Jerusalem as the "occupied capital of Palestine."

Nevertheless, the resolution accepted Wednesday does co-opt two other ancient Jewish holy sites: the Cave of the Patriarchs and Rachel's Tomb, which contain the remains of the Jewish patriarchs and matriarchs and are regular sites of pilgrimage for Jewish worshipers.

Both sites, however, have seen Muslims lay claim to them as well - which including the building of mosques directly on top of the Jewish shrines.

The resolution was backed by six Arab UNESCO members - Algeria, Egypt, Kuwait, Morocco, Tunisia and theUnited Arab Emirates (UAE) - who spearheaded the initiative on behalf of the Palestinian Authority.

The only countries who voted against were the United States, Britain, Germany, the Netherlands, the Czech Republic and Estonia.

The resolution "deeply deplores the recent repression in East Jerusalem, and the failure of Israel, the Occupying Power (sic), to cease the persistent excavations and works in East Jerusalem particularly in and around the Old City."

It also calls for the "prompt reconstruction of schools, universities, cultural heritage sites, cultural institutions, media centers and places of worship that have been destroyed or damaged by the consecutive Israeli wars on Gaza."

Israel has in fact allowed construction materials into the Gaza Strip, but construction work has been moving at a snail's pace due to corruption and inefficiencies, as well as some donor states failing to deliver on their pledges of funding to the Hamas government.

AFP contributed to this report.

Radical Islam and the new Nazis. 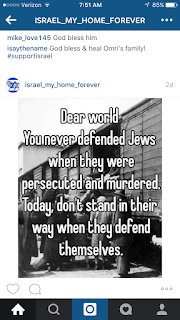 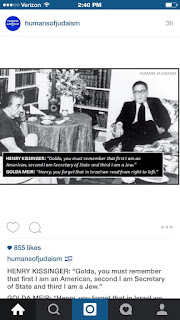 Hamas deputy leader Ismail Haniyeh, who is the acting ruler in Gaza, on Tuesday praised the role Palestinian media is playing in inciting an intifada terror war.

Haniyeh made the comments during a visit to the offices of Hamas's TV channel Al-Aqsa in Gaza, in which he praised the broadcasters, editors and producers for their role in the terrorism.

Joining in the praise was Hussam Badran, a senior Hamas leader in the Judea and Samaria region.

Badran, like Haniyeh, praised the Palestinian media for getting Arab residents to launch terror attacks and try to brutally murder Jews.

"The local media in its expressions on TV, radio and print, and the continued and updated coverage about the events, proves without a doubt that our people have won the media battle and reinvigorated itself by correctly manipulating it, and that the occupation has suffered an embarrassing defeat," said Badran.

"The accusations of the occupation that our fighting media is recruiting, inciting and able to do so, is a mark of honor for every Palestinian media man, Arab and free defending the honor of man, his freedom, his holy sites and his legitimate rights," stated the terror leader.

Hamas has been far from the only terror group waging a terror war in the press. The Palestinian Authority's (PA) official paper Al-Hayat Al-Jadida, recently described how Palestinian Arabs "insisted on inhaling the scent of the martyr's blood," in a bizarre fetish of terrorist worship inciting new attacks.

or http://www.yehudalave.com/
Posted by Rabbi Yehuda Lave at 1:24 PM