Your Mind Can Choose to Enjoy What You Do


One of the most self-empowering ideas for a happy, fulfilling life is that it's up to your own mind to choose to enjoy what you do. You have a tremendous power to develop this attitude.

If you need to do something that seems uninteresting and boring at first, ask yourself, "How can I find a way to enjoy what I need to do?" Make a game out of it. You would pay a lot of money to play a game. You can create your own games for free with a little imagination.

Brainstorm. Enjoy the challenge of thinking of a number of ways to make the task more meaningful and fulfilling.

Ask yourself, "What are some of the ways that I can think about this task (or project, goal, or job) that will enable me to enjoy what I am doing?"

A photo taken in Nahariya last week in the morning, two letters appear in the sky 'Chai' which means: "live" – חי (It's not Photoshop, the photo was taken by Mira Anaehel) 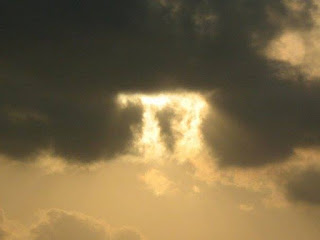 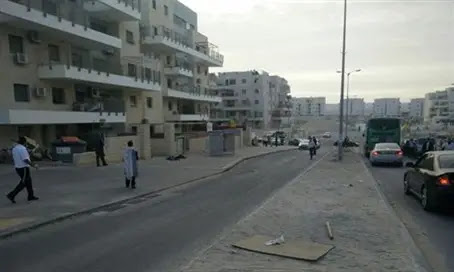 Among the first to arrive at the scene of Thursday's stabbing terror attack in Beit Shemesh was Yehuda Dezhichovsky, head of the Hatzalah rescue service in Beit Shemesh.

Speaking to Arutz Sheva, Dezhichovsky said that the fact that only one person was lightly injured was "a miracle."

The terrorists, he said, "had planned to get on a school bus and commit a massacre. At the very moment they were planning to do that, a young man walked out of the synagogue, and they decided to try and stab him instead."

"He was stabbed in his upper body, and it's a miracle that he was only lightly injured."

Magen David Adom paramedics treated the injured victim on the scene, before evacuating him to Hadassah Medical Center in Jerusalem. Several other people in the area were treated for shock.

The two Arab terrorists who attacked the victim were neutralized. Both terrorists were brought to the trauma unit at Hadassah Ein Karem - one later succumbed to his wounds while the other is in critical condition.

Dezhichovsky, and many other Beit Shemesh residents, are fearful that the attack could repeat itself.

"There are hundreds of Arab workers at the construction sites here, and many of them stay illegally in the neighborhood," he said. "We are very concerned about what is going on here.

The extraordinary confession by the former Prime Minister came during a TV interview about the 'hell' caused by his and George Bush's decision to oust Saddam Hussein.

This chameleon gave a surprise to those who were recording

Too bad we can't have kids and have them on the go like this!!

The mosque was 'built by the angels' in Adam's time, says Abbas-appointed cleric

The grand mufti of Jerusalem, the Muslim cleric in charge of the Al-Aqsa Mosque, said Sunday that there has never been a Jewish temple atop the Temple Mount, and that the site has been home to a mosque "since the creation of the world."

Sheikh Muhammad Ahmad Hussein said in an Arabic interview with Israel's Channel 2 that the site, considered the third holiest in Islam and the holiest to Jews, was a mosque "3,000 years ago, and 30,000 years ago" and has been "since the creation of the world."

"This is the Al-Aqsa Mosque that Adam, peace be upon him, or during his time, the angels built," the mufti said of the 8th-century structure commissioned by Caliph Abd al-Malik ibn Marwan.

Hussein has held the post of mufti since 2006; he was appointed by Palestinian Authority President Mahmoud Abbas. He has previously endorsed suicide bombings against Israelis.

He vehemently denied that there has ever been a Jewish shrine atop the Temple Mount, despite rich archaeological and textual evidence to the contrary, including from Muslim sources. The 10th-century Muslim historian Muḥammad ibn Aḥmad Shams al-Din al-Muqaddasi wrote in his description of Syria and Palestine that "in Jerusalem is the oratory of David and his gate; here are the wonders of Solomon and his cities," and that the foundations of the Al-Aqsa Mosque "were laid by David." 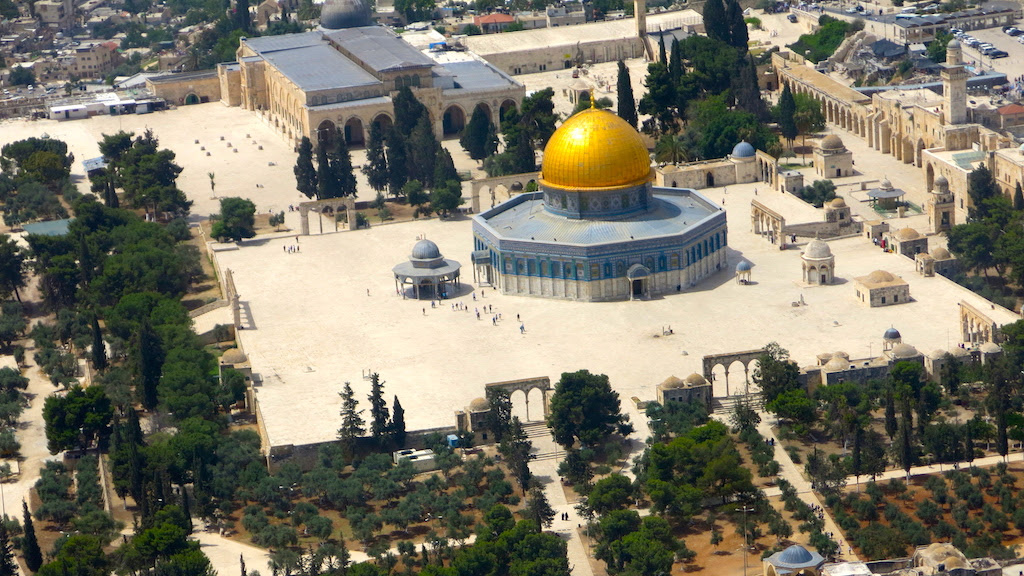 A guide to the Haram al-Sharif, as the Temple Mount is known in Arabic, published by the Muslim Waqf in 1924 also mentioned the presence of two Jewish temples atop the Jerusalem compound in antiquity.

At least four inscriptions from Herod's Temple, destroyed by the Romans in 70 CE, attest to the presence of a Jewish temple atop the 37-acre platform he had engineered over 2,000 years ago.

One of Hussein's predecessors as chief custodian of the Jerusalem holy site, Hajj Amin al-Husseini, made headlines recently after Prime Minister Benjamin Netanyahu charged in a speech that the Palestinian Muslim leader inspired Adolf Hitler's Final Solution of exterminating the Jews. Netanyahu took flak from Holocaust scholars, politicians, and even the German government, who pointed out that the extermination of Europe's Jews was already in full swing when Husseini met Hitler in 1941, and that there was no concrete evidence to support that charge.

The Jerusalem holy site has been the focus of recent violent clashes between Israeli security officers and Palestinian rioters, and ostensible plans by Israel to change its status, repeatedly denied by the government, have been a catalyst for a wave of Palestinian terror attacks on Israelis.

While Jewish visitors are allowed to enter the site, Jewish worship is banned under arrangements instituted by Israel when it captured the area from Jordan in the 1967 war.

Israel and Jordan agreed Saturday to placing CCTV cameras on the Temple Mount in a bid to calm tensions and monitor possible violations of the status quo, a move rejected by Palestinian leaders.

Worship by Jews at site cannot be prevented by force, says Yehudah Glick. 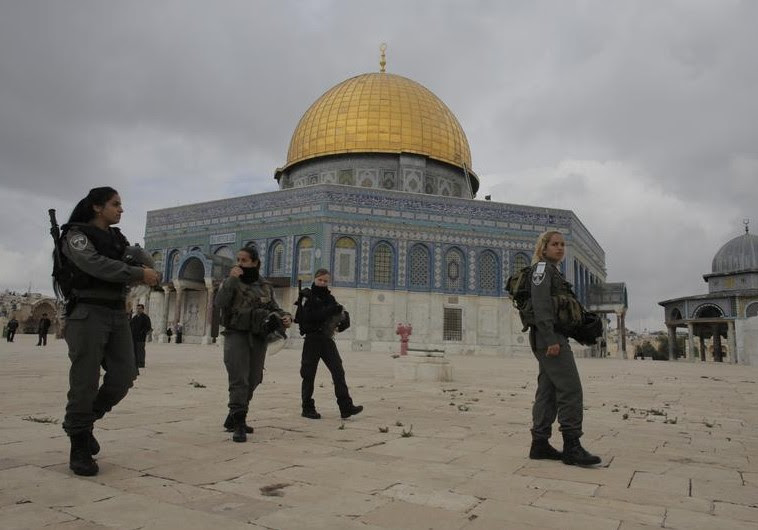 Temple Mount activist groups denounced on Sunday the recent diplomatic efforts of US Secretary of State John Kerry, along with comments by Prime Minister Benjamin Netanyahu, in support of the longstanding status quo on the Temple Mount in which Jews and other non-Muslims are banned from praying at the holy site.

Kerry held meetings on Saturday in Amman with Palestinian Authority President Mahmoud Abbas and Jordan's King Abdullah, and in Germany with Netanyahu on Thursday to discuss the issue.

Netanyahu said during a press conference Saturday night that, "Israel will continue to enforce its longstanding policy: Muslims pray on the Temple Mount; non-Muslims visit the Temple Mount."

Organizations that have strongly advocated for Jewish visitation and prayer rights at the Temple Mount – the holiest site in Judaism and a holy site for Muslims – accused Kerry and Netanyahu of breaching international and Israeli law in preventing Jews from praying there.

"John Kerry has positioned himself alongside Islamic fundamentalism in his efforts to prevent Jews praying at the Temple Mount, which is in total opposition to the US being the cradle of modern democracy, which takes pride in being the homeland of human rights," said the Joint Committee of Temple Organizations on Sunday.

The committee comprises approximately 30 different organizations committed to promoting Jewish visitation and prayer rights at the Temple Mount, and the assertion of Israeli sovereignty over it.

"This represents a colossal loss of values by the US State Department, which is lending its hand to severe religious and racist discrimination," the committee stated, saying that the agreement contravened the principles of the American Constitution and Israeli law.

The Supreme Court has, in the past, upheld the theoretical right of Jews to pray at the Temple Mount, although it has stated that security forces are permitted to take security considerations into account when deciding whether to allow non-Muslim prayer there.

In accordance with the so-called status quo arrangement at the site, non-Muslim prayer is de facto banned, due to the concern that permitting it will lead to Arab rioting and violence and a severe deterioration of the security situation.

"The prime minister is not entitled to prevent Jews from praying on the Temple Mount," the committee continued, adding that such a stance contravened international law on freedom of worship, Israel's Law of the Holy Places and Israel's Basic Law: Jerusalem, Capital of Israel.

Yehudah Glick, a longtime Temple Mount activist and a Likud candidate in this year's election, said that given the spiritual nature of prayer, it cannot be prevented at the site by declarations or by force.

He praised Netanyahu, however, for what he claimed was the prime minister's refusal to agree to further concessions, such as instituting a quota on the number of Jewish visitors to the site or banning Jewish visitation completely for several months.

"Prayer is an internal, spiritual act, which an army or police force has no power to prevent," Glick wrote on his Facebook page. "The reality on the Temple Mount will not be determined by speeches or even international agreements in front of cameras, but rather by facts on the ground."

Glick said he was therefore calling on people to "come to Zion, which is the Temple Mount, to make the world accustomed to the fact that Jews are part of the natural view of the mount."

Speaking to The Jerusalem Post, Glick said, "Three million Muslims visited the Temple Mount in 2014 and only 12,000 Jews did, so naturally the Muslim claims carry more weight until Jewish visitors increase."

Glick advocates a time-sharing or space-sharing arrangement at the holy site, as is implemented at the Cave of the Patriarchs in Hebron.

Glick also said he welcomed increased US and Jordanian efforts to maintain order at the Temple Mount, as was evidenced by a tentative agreement to install a 24-hour video monitoring system at the site.

"If Jews are allowed to visit the Temple Mount without being harassed that would be wonderful," said Glick.

In September, Defense Minister Moshe Ya'alon outlawed the Murabitun and Murabatat Islamist activists groups, who for several years were paid by the Islamic Movement's Northern Branch to verbally abuse and harass Jewish visitors at the Temple Mount.

The Temple Institute, an educational and activist group dedicated to preparing vessels for the third Jewish Temple on the Temple Mount and "bring[ing] about the building of the Holy Temple in our time," denounced the agreements between Israel, the US and Jordan, saying they discriminated against Jews and bolstered Jordan's " custodian rights" over the site.

"The prime minister has rewarded Islamic terrorism by empowering and institutionalizing the discrimination of Jews on the Temple Mount," said Rabbi Chaim Richman, international director of the Temple Institute.

"Instead of stating unequivocally that the recent violence and murder of innocent Jews has nothing to do with peaceful Jewish prayer, the prime minister has bolstered a false Islamist narrative by agreeing to place cameras monitoring Jewish visitors' lips on the Temple Mount and reaffirming that Jordan, and not Israel, is the sovereign ruler over the Temple Mount, the heart of our people," Richman said.