The  Torah portion last week featured the Priestly blessing which is recited at specified times during the year outside of the Land of Israel. In the land itself this prayer is said more frequently.

There are instances where these verses are pronounced by individuals who are not members of the Priestly clan, for example when fathers bless their children on Friday night or on the eve of Yom Kippur.

Since the source of this blessing in the text speaks of the Kohanim, the priests specifically, what relevance does it have to those of us who are not Kohanim? While not applicable in every case, there is a power of blessing which can reduce feelings of jealousy and irritation. Taking a moment to pray for the good and success of others can often counteract negative feelings we may have for them. Blessing others is one component in our toolbox for emotional well being.

Real images of the Holocaust
https://youtu.be/P8ViGyY3Tmo 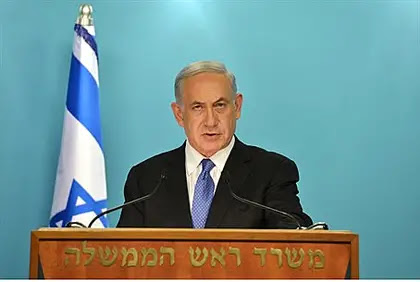 Prime Minister Binyamin Netanyahu condemned the international silence on the resumption of rocket fire from Gaza on Sunday, opening his weekly Cabinet meeting with strong words about hypocrisy.

"Israel holds Hamas responsible for all fire from Gaza into our territory," Netanyahu said, referring to the fact that Hamas has shifted blame for recent rocket fire on Salafist groups.

''I did not hear anyone in the international community condemn the rocket fire and the UN did not speak," he added. "I wonder if the silence continues even when we use our full power to exert our right to defend ourselves."

"Let it be clear - this hypocrisy which pervades the world will not tie our hands for defending the citizens of Israel," he warned. "So we have acted before and continue to act."

One rocket struck a field outside Ashkelon on Saturday night, causing no injuries or damage. A Salafist group from within Gaza claimed responsibility for the attack.

or http://www.yehudalave.com/
Posted by Rabbi Yehuda Lave at 2:16 PM